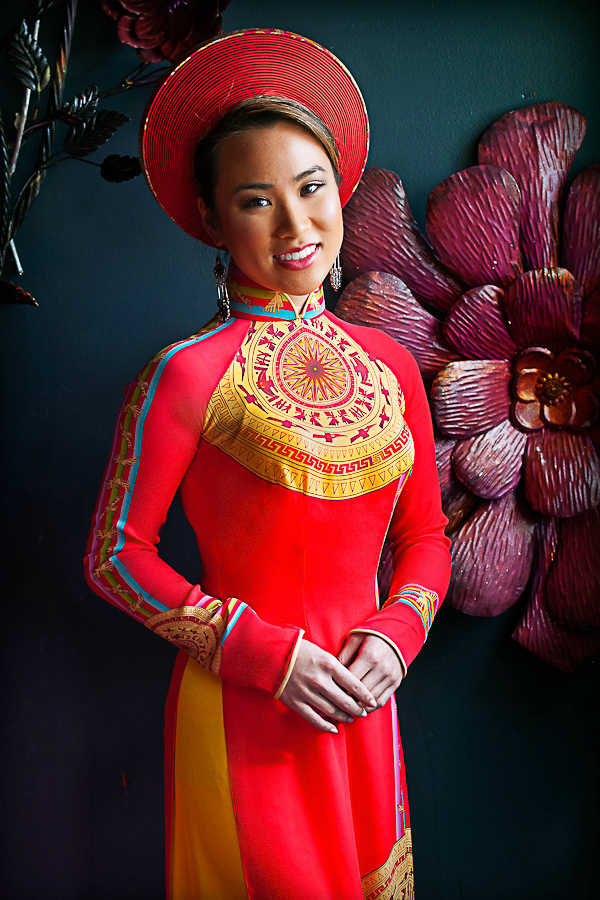 Today is Chinese New Year, also known as “Lunar New Year.” It’s a really festive time in Asian culture, with lots of gifts, parties, food, and especially those little red envelopes with money inside. My family had a little party yesterday to celebrate. We had so much food, I’m still full thinking about it.
I wanted to share with you all some pictures from a fashion show I was part of last year for Chinese New Year. It was televised on TV, but I believe it was only in the US. It was such a fun experience, especially since I don’t know much about Vietnamese culture in general. The dress I’m wearing is a traditional “Ao Dai” which is somewhat like the national dress in Vietnam. The designs are quite intricate don’t you think? They usually come in all sorts of colors ranging from pastels to brighter hues, but red is the most traditional. I was the only one at the fashion show actually wearing a “traditional” dress with long sleeves, a high collar, and a hat. Most of the other girls were wearing very modern ones, with one shoulder designs and open necklines. I felt like the makeup artist made my makeup too dark for my skintone, but surprisingly, on TV, I looked normal. It must have been all those bright lights they used for filming! I still prefer how I do my makeup myself though.
These pictures were taken by David Chung. You can see more of his work, as well as more pictures from the fashion show here.